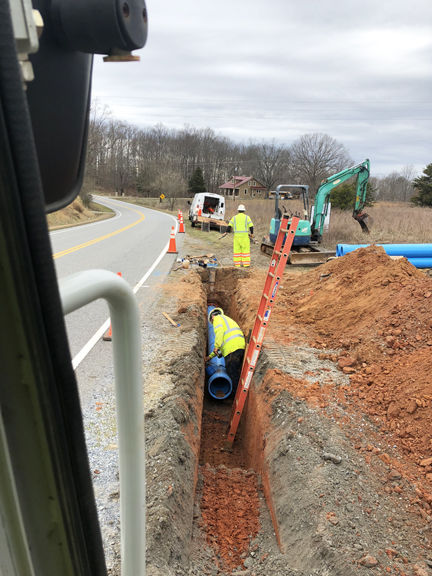 The Authority CIP Maintenance Team installs a section of the new waterline. 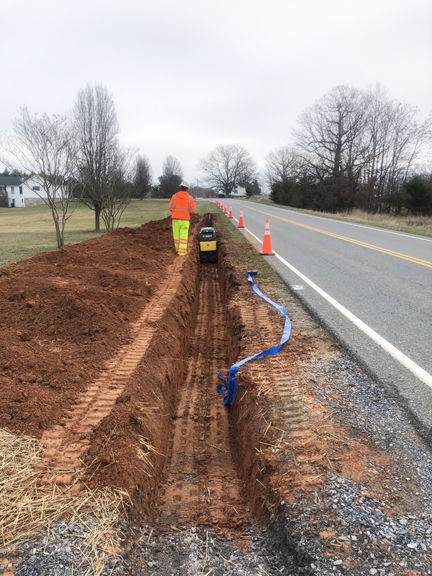 Work on the waterline continues.

The Authority CIP Maintenance Team installs a section of the new waterline.

Work on the waterline continues.

“Taking ownership of the Mariners Landing Water and Sewer systems has been years in the making, and we are so happy to have the residents in this service area as our newest customers,” said Brian Key, executive director at the Authority. “Owning and operating smaller systems can be incredibly challenging and expensive for homeowners and private water and sewer providers, and we hope that it will be a great relief to turn over the system to an organization whose sole purpose is to provide water and wastewater services to the local community.”

The Authority also hired one operator to help run this system; this employee was previously an employee of Mariners Landing. Beginning May 1, the Authority took over meter reading, maintenance, billing and ownership of the treatment processes.

The ownership and operation of the Mariners Landing system ties in with a planned waterline extension the Authority is currently constructing. Once the waterline is connected, the Authority will then disconnect the 10 wells that Mariners Landing currently uses as their water source. The water source will then change to Smith Mountain Lake with water being treated at the Smith Mountain Lake Water Treatment facility (opened in 2017).

“This is another example of the importance of building the new water treatment facility capable of treating more water daily to allow the Authority to provide greater service for the community,” the Authority stated.

The new waterline connects to the Authority’s existing infrastructure located about 2700 feet south of the Mariners Landing subdivision entrance on SML Parkway and will end on the west side of the Smith Mountain Lake Parkway across the street from the entrance to the subdivision.

The Authority’s Capital Improvement team is constructing and installing the waterline. The project began on Feb. 4 and is slated to be done in approximately four to six weeks.

This is also another step in working toward the connection of the Mountain View Shores and Valley Mills well systems to the central system in the future.

The Authority provides water and wastewater services to the residents and businesses inside of Bedford County and the Town of Bedford, as well as partnering with the Western Virginia Water Authority for their Smith Mountain Lake service area in Franklin County, and providing operational assistance to the Bedford County Public Schools for many of their wastewater treatment plants.