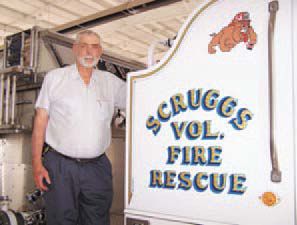 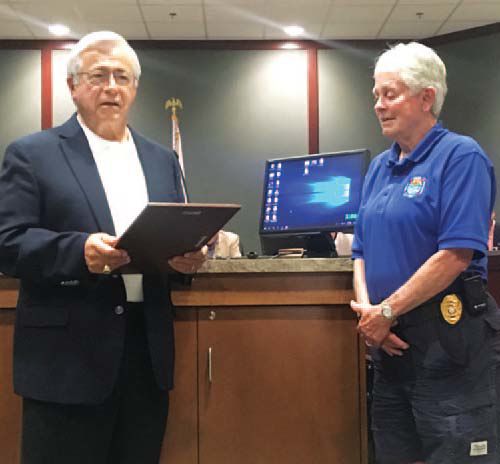 Jane Crawford accepts a plaque during the Tuesday meeting of the board.

Jane Crawford accepts a plaque during the Tuesday meeting of the board.

The former chief of Scruggs Volunteer Fire and Rescue, V.T. “Slim” Crawford, was honored with a resolution of appreciation Tuesday by the Franklin County Board of Supervisors.

Crawford served as the founder, and for more than 40 years, as the chief of the Scruggs department. He died May 23 at the age of 77.

According to the resolution, Crawford provided “extraordinary dedication and fire/EMS oversight to many first responders of the Scruggs community for over 47 years without regard for compensation or commendation.” In addition, he “selflessly supported public safety first responders during times of crises by providing response, oversight and direction” to the department, the resolution reads.

The resolution was presented on a plaque to Crawford’s widow, Jane, during a regular meeting of the board of supervisors. Multiple members of Scruggs Fire and Rescue were in attendance.

Camicia recalled how Slim would ask him to lunch periodically, “and I knew I was being taken to the woodshed.”

“He would say what he wanted, and I said what I needed to say,” Camicia said. “We agreed on most everything.”

-For more information, see the July 17 edition of the Smith Mountain Eagle-