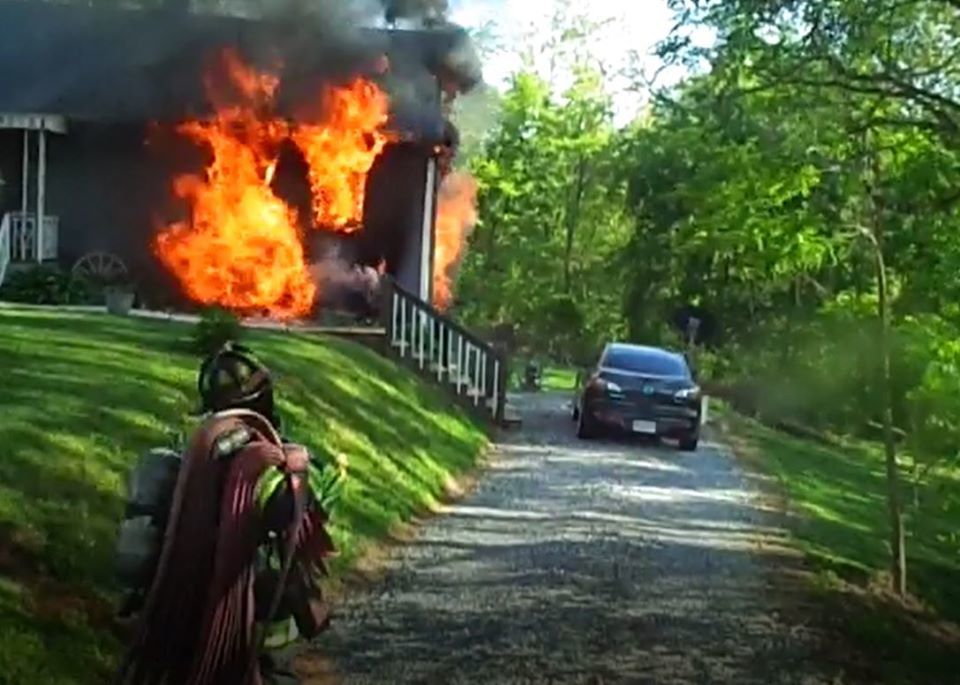 A fire is shown at a house on the 2500 block of Joppa Mill Road in Bedford County. 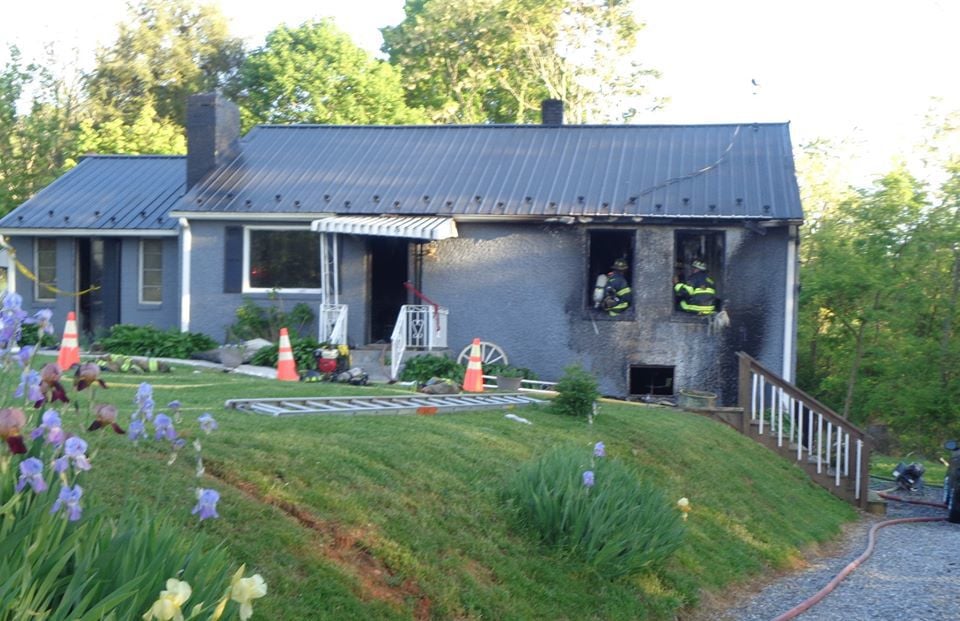 Firefighters look inside a house on the 2500 block of Joppa Mill Road in Bedford County after a fire was extinguished.

A fire is shown at a house on the 2500 block of Joppa Mill Road in Bedford County.

Firefighters look inside a house on the 2500 block of Joppa Mill Road in Bedford County after a fire was extinguished.

All firefighters injured during the fire Saturday at the 2500 block of Joppa Mill Road have been released from the hospital and are at home continuing their recovery, according to The Bedford County Department of Fire & Rescue today.

The department also stated that the fire seems to be accidental, according to an initial assessment.

All four firefighters taken to the hospital are expected to make full recoveries and return to active duty. There is no set date for their return, as the severity of their injuries varied but they will all be allowed to return, once they have been cleared by their physicians and by their chain of command.

The investigation into the cause of the fire and the circumstances surrounding the "mayday" incident is ongoing.

The names of the injured firefighters will not be released at this time, due to the nature of the ongoing investigation.

The initial assessment by Lynchburg’s Fire Marshall, Thomas Goode, is the fire was accidental in nature and caused by an overloaded circuit. This is based on observations during the walk through of the property and from statements taken from personnel at the scene.

"The Bedford County Department of Fire & Rescue would like to thank our partner agencies and the public for their generous display of support and camaraderie during our time of need," the department stated. "We were fortunate that this incident did not result in the worst case. There will be many lessons learned that we will share with the fire/rescue community in order to help prevent future tragedies. It is understood that our profession is inherently dangerous, but we can work together to learn from these incidents and help ensure we all go home."

According to the Bedford County Department of Fire & Rescue (BCoFR) today, one unresponsive firefighter was rescued from a house fire Saturday on the 2500 block of Joppa Mill Road in Bedford County, and she and three other firefighters were transported to the hospital.

The Bedford County & Town Joint E911 Center alerted area departments at 5:55 p.m. on Saturday to a possible structure fire at the 2500 block of Joppa Mill Road in Bedford County.

According to the Bedford Fire Department, Bedford was first due, Moneta was second due, and Stewartsville-Chamblissburg was part of rapid intervention dispatch.

According to BCoFR, crews began their fire attack in both the basement and on the first floor.

During the initial attack, the crew on the first floor reported high heat and limited visibility and decided to back up in order to reposition. The crew encountered some difficulties due to the lack of visibility.

A “mayday” was declared over the radio and emergency alarms were activated.

The Bedford Fire Department stated that the "mayday" was declared on Division 1 approximately 10 minutes into the incident.

According to BCoFR, the incident commander cleared all radio traffic and immediately dispatched a Rapid Intervention Team (RIT) to locate the firefighters needing assistance.

Additional medic units were dispatched to the scene, and Lifeguard 12 was requested to air lift one firefighter due to the nature of the injuries and initial triage.

Additional fire crews also were dispatched to assist with putting out the fire. Crews on scene continued to work to extinguish the fire throughout the “mayday” situation.

The Bedford Fire Department stated earlier in the day that the Lynchburg Fire Marshals Office is investigating the cause of the fire.

No injuries to civilians were reported.

According to the Responding Fire page, Joppa Mill Road was shut down for at least two hours.

Read more stories in the Smith Mountain Eagle newspaper. Pick up a copy or subscribe at www.smithmountaineagle.com/subscriber_services.