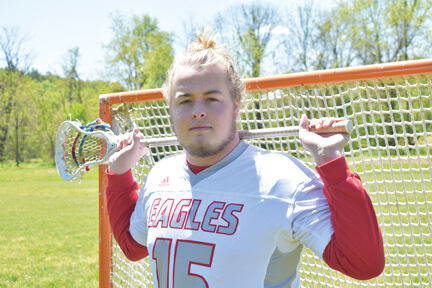 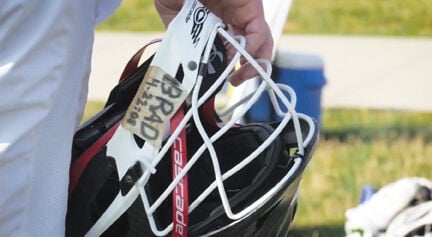 Pictured is Siebler's helmet that has tape with his brother Brad’s name written on it. He wears it every game.

Pictured is Siebler's helmet that has tape with his brother Brad’s name written on it. He wears it every game.

Growing up, Franklin County High School (FCHS) senior Brandon Siebler was dedicated to football. Having learned to play on the gridiron from his father, John Siebler, football soon became Brandon’s favorite sport. He spent many days and countless hours playing the game with his dad and his older brother, Brad Siebler. So, what changed?

Siebler actually had a connection to lacrosse from within his family, and he’ll always remember his brother Brad, who died April 22, 2008.

“When I was very young, my brother Brad lived in Washington, D.C., and played lacrosse for his high school, and I have always had memories of him visiting us and me playing lacrosse with him,” he said.

Yes, Siebler played lacrosse sparingly, but it still didn’t overtake football as his favorite sport to play. It wasn’t until his sixth-grade year when it all changed for him. Siebler mentioned that one of the classes he was enrolled in had a bunch of his friends who were already playing lacrosse for the recreation league and figured if he was wanting to give the sport a try, then now was the perfect time.