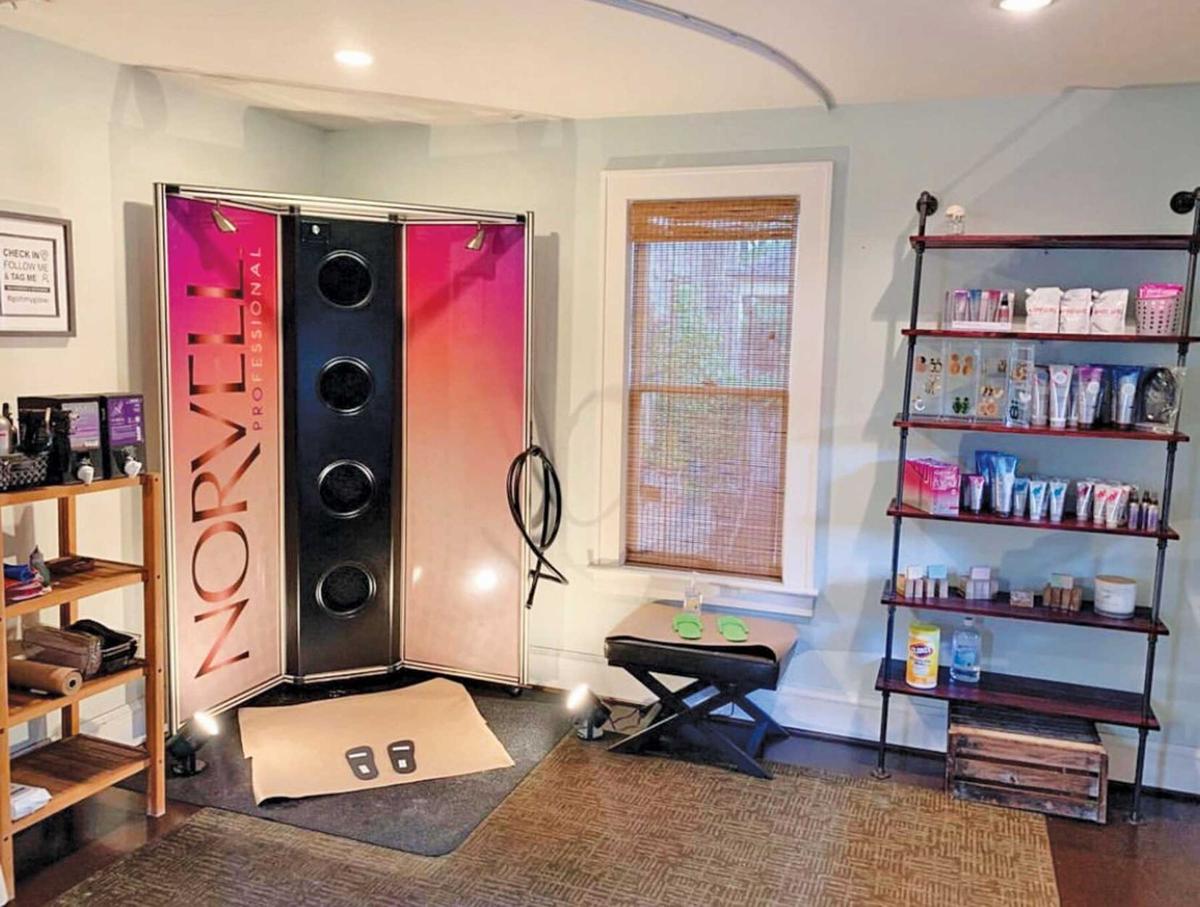 Pictured is the inside of GottaGlow Spray Tans old studio in Roanoke. The new studio at Bridgewater Plaza will have the same setup. 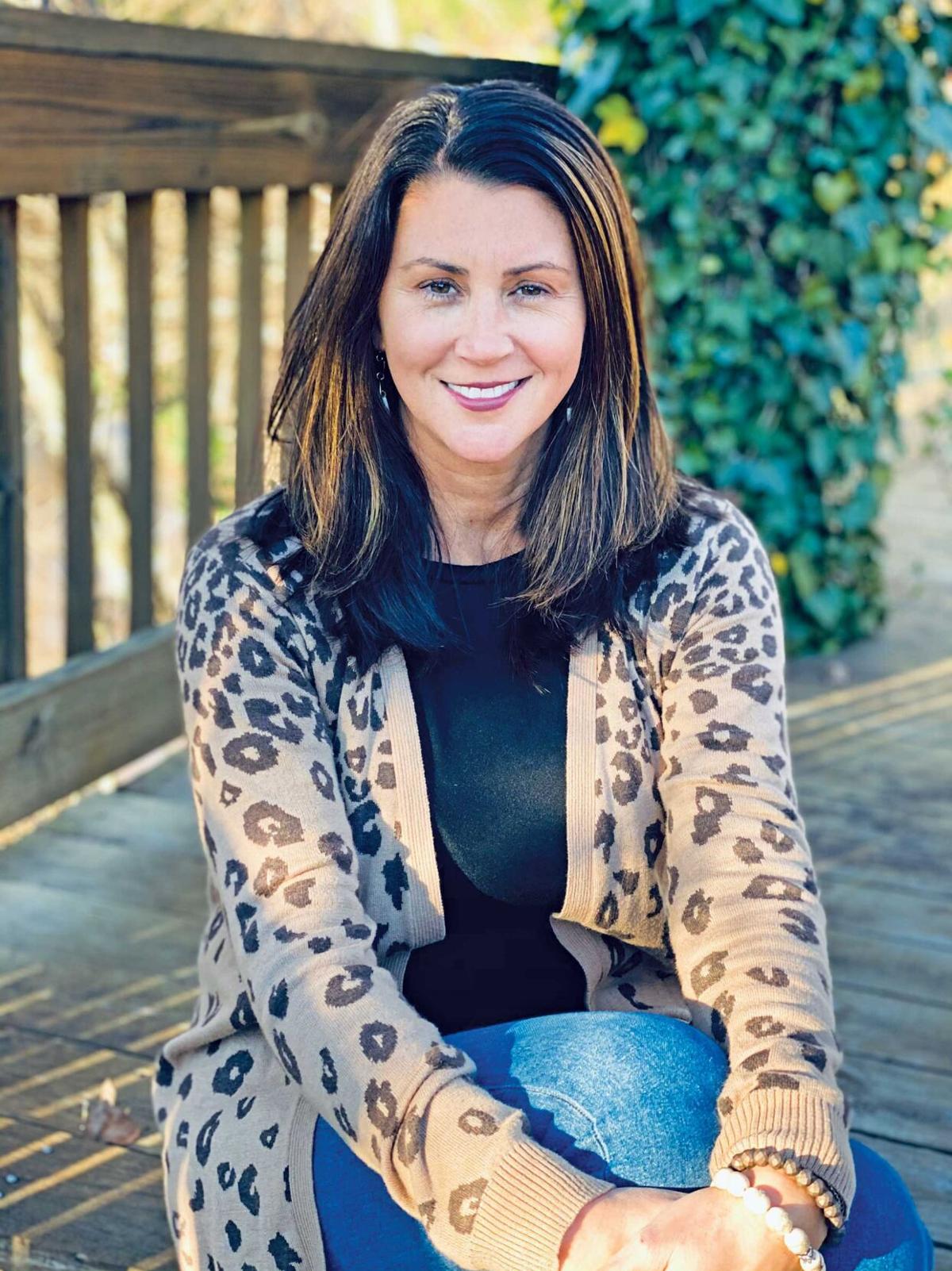 Pictured is the inside of GottaGlow Spray Tans old studio in Roanoke. The new studio at Bridgewater Plaza will have the same setup.

At Smith Mountain Lake (SML), there are an abundance of outdoor activities to do such as fishing, hiking, camping, swimming and more. While outside, many can expect to catch some sunrays and get the satisfaction of a tan. A new business coming to SML will help anyone get a preferred shade of tan in a matter of minutes.

Becky Fogarty, who has been in the spray-tan business for six years, has been running her own business called GottaGlow Spray Tans for three years and is starting a new chapter with her business at Bridgewater Plaza. Having previously done business in the Roanoke area, the spray-tan services are done manually by Fogarty, and she mentioned it’s a lot different than going to places that involve a spray-tan machine.

“The services I offer definitely cater to the individual,” she said. “I can customize your color, which is something that you normally don’t get at a place like that.”

Fogarty got her certification to spray tan from Norvell, and the equipment, solution and retail products she sells come from Norvell as well. Proven to be much safer than laying out in the sun or in a tanning bed, spray tan consists of an instant bronzer that contain dihydroxyacetone (DHA), which starts to turn the skin color from the inside by penetrating the pores. The longer the bronzer sits on the skin, the darker the shade gets. Session times can vary, but typically an average session can take anywhere from 15-20 minutes.

Fogarty said for a regular client, they are always talking and making sure to see if there are any areas on their body that she could do better, if they need to apply more lotion, if they need to go darker or lighter, and more.

Having just recently moved to SML, Fogarty had to find ways to get her name and business out there, and that’s when she was put in contact with Jessica “J Bohn” Bishop, who invited her to her open house held two weekends ago. From there, Fogarty set up her equipment and tent in the room assigned by Bishop.

She said she went into the night not knowing what to expect but brought her spray tan equipment and tent just to show potential clients the setup and how it’s done.

“I wasn’t exactly sure how I was going to do it,” Fogarty said.

Even though she went in to the open house almost blind, Fogarty was met with a pleasant surprise. She ended up giving five spray tans throughout the night, and that easily topped Fogarty’s expectations. All it took was one client to get sprayed, and the rest soon followed.

Clients who got sprayed were able to show their tan lines to everyone at the open house, and Fogarty said that was important because people could see the results for themselves rather than be sold on it.

“You don’t have to say anything; the proof is right there,” Fogarty said.

Crystal Perkins was one of the five who got a spray tan, and she was amazed by Fogarty and her skills.

“She was very thorough, explained the process very well. She was courteous, polite and the spray tan was absolutely amazing,” Perkins said. “I’ve only had one other, and this one, by far, was 100 times better. She sprayed in directions and ways that didn’t happen the last time I had one. It came out so even and is absolutely flawless. It’s still holding on a week later.”

Being at that open house was the first stepping stone for Fogarty to try and establish her business at the lake. After the event, multiple people have now reached out to her with interest. Two of her clients at the open house have told Fogarty that they are talking about hosting a get together with GottaGlow Spray Tans in attendance.

What makes her business unique is that she is also mobile and can give spray tans at the client’s house. She also said she can expand and travel to areas outside of SML, but it would have to involve a spray-tan party that has four or more people in attendance. Examples include a Girls Night Out gathering, bridal parties, college sororities, etc.

Although most of her business involves women, Fogarty said she can also spray men, but the only requirement is they wear a bathing suit. Her schedule also is flexible. If clients who, for any reason, have a conflict in their schedule to where they can’t get to Fogarty or vice versa, she offers Norvell self-tanning lotion to help hold them over until they can meet.

Fogarty also said since she is just starting out to SML, she isn’t sure if this will be a seasonal or all-year type business. Even then, GottaGlow Spray Tans is starting to show some promise that it can be a household name around SML. She’s ready for make a name for herself and let everyone know what she’s capable of.

Anyone interested or who has questions may reach Fogarty by her cell phone number at 540-915-0739. Another way to contact Fogarty is on the business’ social media pages such as Facebook and Instagram, which are called GottaGlow Spray Tans. The pages also have photos of clients demonstrating their tan lines.