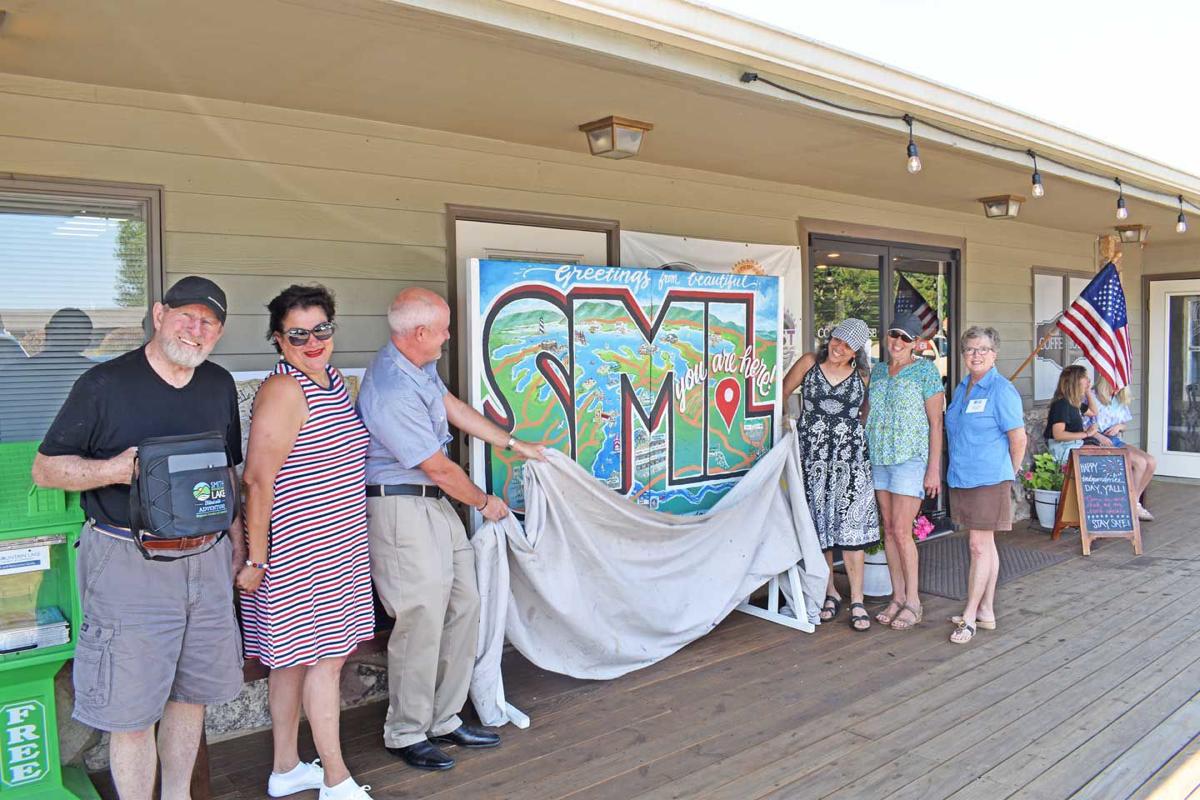 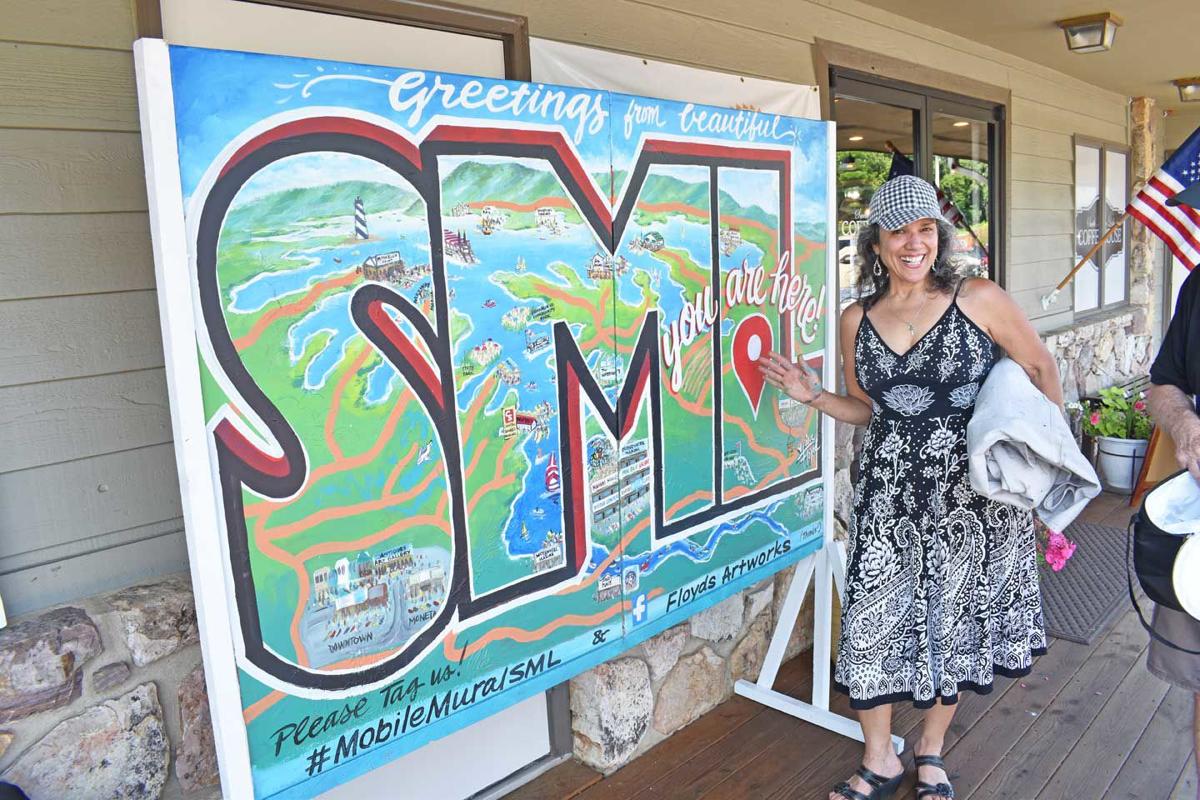 Floyd, who has been a fine art and commercial artist at SML since 2004, spent around eight hours working on the mural but couldn’t decide where she wanted to take this project. After she painted the lake with the businesses on the side, she noted it looked sort of like a postcard, but it still felt incomplete to her. Then she got the idea to post a big SML on the mural.

“I would add something, then I’d fill it out, then I add a little more, and it still didn’t feel right,” Floyd said. “Once I put the SML on, it was done — it was great.”

She said the main reason for this mural was a promotion to help promote the lake through social media. After creating the mural, she got the idea to make it a mobile mural. Which means every week, the SML mural will be featured at a new business that’s around the lake.

“A bunch of people said they want it displayed at their business, so I’m very excited to do that,” Floyd said.

She encourages everyone to go see the mural, take a picture of it and post it on their social media pages with the tag #MobileMuralSML. If someone were to type the hashtag name in the search bar, they will see a list of posts by folks from all over featuring the new mural created by Floyd.

She also said that for those who aren’t able to see the mural in person, she will take a picture of it and create prints to sell.

A previous project that Floyd is known for is creating an SML pirate treasure map, which features the entire lake but made in a treasure map format. She will display that and other goodies from noon to 2 p.m. July 18 at Mangos for the Pirate Days weekend.

Floyd has always had a passion for using her artwork to help the lake community and she wants to continue that especially during the pandemic. She hopes the mural can help bring more people out and promote businesses in the lake area.