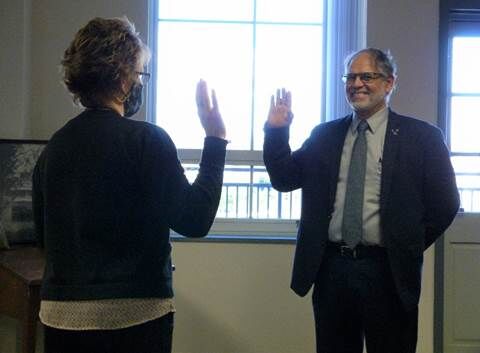 Jay Gray taking his oath on January 6th at the Bedford Courthouse. 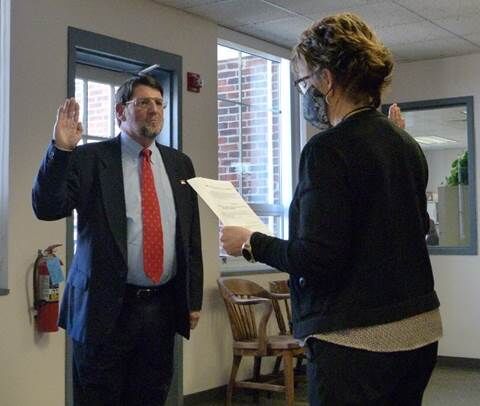 Kevin Mele taking his oath on January 6th at the Bedford Courthouse. 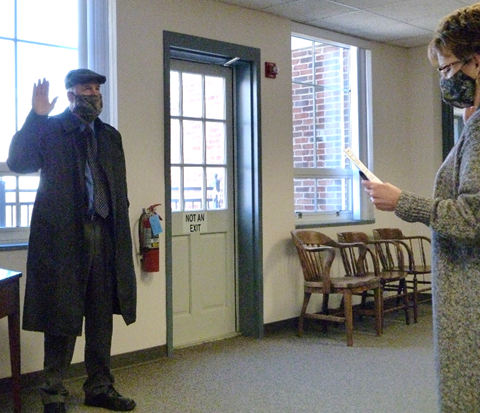 Rusty Mansel taking his oath on January 19th at the Bedford Courthouse.

Jay Gray taking his oath on January 6th at the Bedford Courthouse.

Kevin Mele taking his oath on January 6th at the Bedford Courthouse.

Rusty Mansel taking his oath on January 19th at the Bedford Courthouse.

“We are excited to welcome our new members onto the BRWA board. All three members provide diverse backgrounds and experience that will continue the strong leadership and guidance our board provides for the organization,” said Brian Key, BRWA Executive Director. “It is bittersweet to see founding board members leave, however, these three new members make us excited about the skills and knowledge they will bring.”

About the new members:

Jay Gray currently works at Conserva Irrigation as a Franchise Support Consultant. Mr. Gray relocated with his family from California to Forest several years ago to enjoy the beauty of Bedford County. Jay also brings with him valuable experience in cross-connection.

Kevin Mele is a CPA who has been running his own accounting firm in Moneta since 1980. Mr. Mele has also served on numerous boards in the community, including the Bedford County school board, which his wife Susan is now a member of. The couple currently lives in Moneta.

Rusty Mansel retired from a 30-year career at Henkel where he worked in various roles throughout the company including business development manager, market development manager, and account manager. Rusty currently works part-time for the National Park Service. Rusty has also been a board member of the Town of Bedford’s Redevelopment and Housing Authority and the Bower Center for the Arts.

Mr. Gray, Mr. Mele, and Mr. Mansel replace three longstanding board members whose terms ended in December 2020. Elmer Hodge, Carl Wells, and Cynthia Gunnoe were three of the original BRWA board members when the board was formed in 2012. All three members served the two full four-year terms allotted by the BRWA bylaws and were recognized at the December 15, 2020 board meeting for their longstanding leadership. All three members brought vast knowledge and experience to the board.