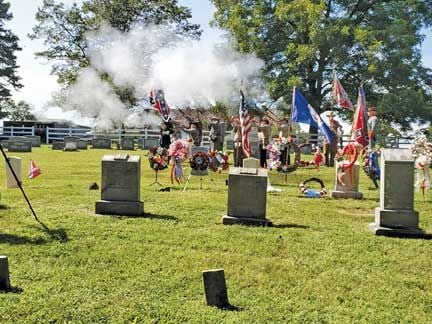 Members of the Botetourt Artillery gave a 21-gun salute to Confederate Pinkney Anthony at Pecks Baptist. 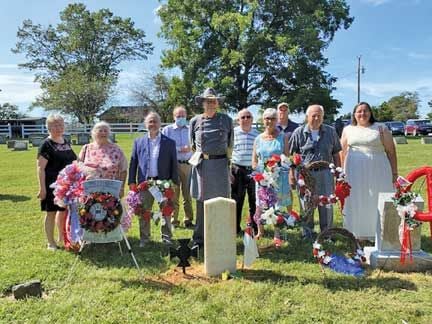 Members of the Botetourt Artillery gave a 21-gun salute to Confederate Pinkney Anthony at Pecks Baptist.

The Southern Crosses of Honor were draped by Battle Flags until the family unveiled them. Eagle Scout Richard Jacobs led the folding of the flags to present to the families. Members of the Botetourt Artillery gave a 21-gun salute to Pinkney Anthony at Pecks Baptist.