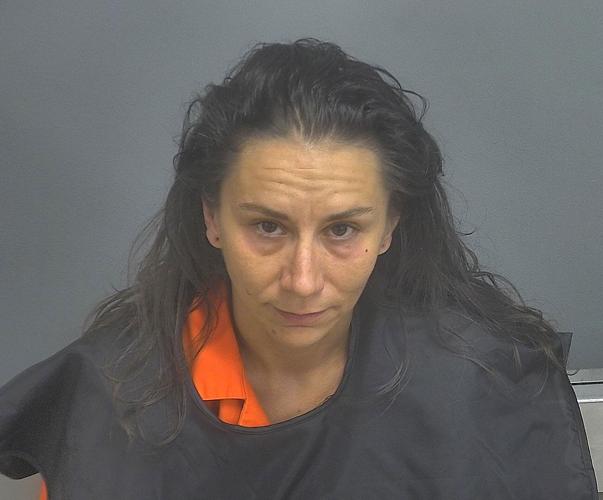 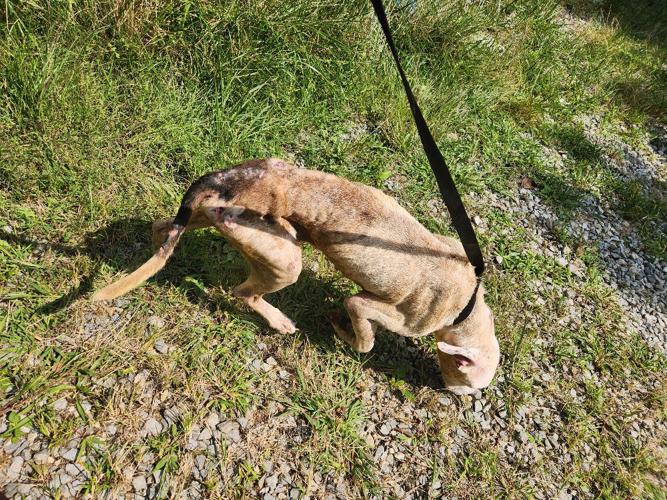 Shown is a photo of one of the dogs found at a home on Jeters Chapel Road.

Shown is a photo of one of the dogs found at a home on Jeters Chapel Road.

A woman was arrested Friday after allegedly abandoning two children at a Bedford County home that had dead and emaciated animals, the Bedford County Sheriff’s Office stated today.

The sheriff’s office and Department of Social Services responded to Jeters Chapel Road on Thursday, Sept. 15, to conduct a home visit for an 18-year-old autistic student who was not attending school. The road is located in the Stewartsville area.

Deputies arrived at the home, and it was found to be heavily overgrown, with sounds of dogs barking coming from inside the residence along with extreme odors emitting from the house.

During the investigation, the sheriff’s office learned that the mother had allegedly abandoned two children at this house.

Animal control responded to the residence and located badly emaciated and deceased animals at and in the residence.

The Criminal Investigation’s Unit responded to assist due to the report of child abandonment.

Many animals were transported to Riverside Veterinarian Clinic for assessment and care.

The suspect in this case, Colleen Lagines, 38, was arrested Friday, Sept. 16, and charged with four counts of felony child abuse and neglect. She is currently held with no bond.

This is an ongoing investigation for all allegations, and additional charges may be sought at the completion.

“This is just the beginning for these rescued animals, and they will require additional care and treatment, so if anyone in the public would like to help, ‘Friends of Bedford County Animal Shelter’ are a nonprofit and accept donations, which would be put to good use helping these animals,” the sheriff’s office stated.