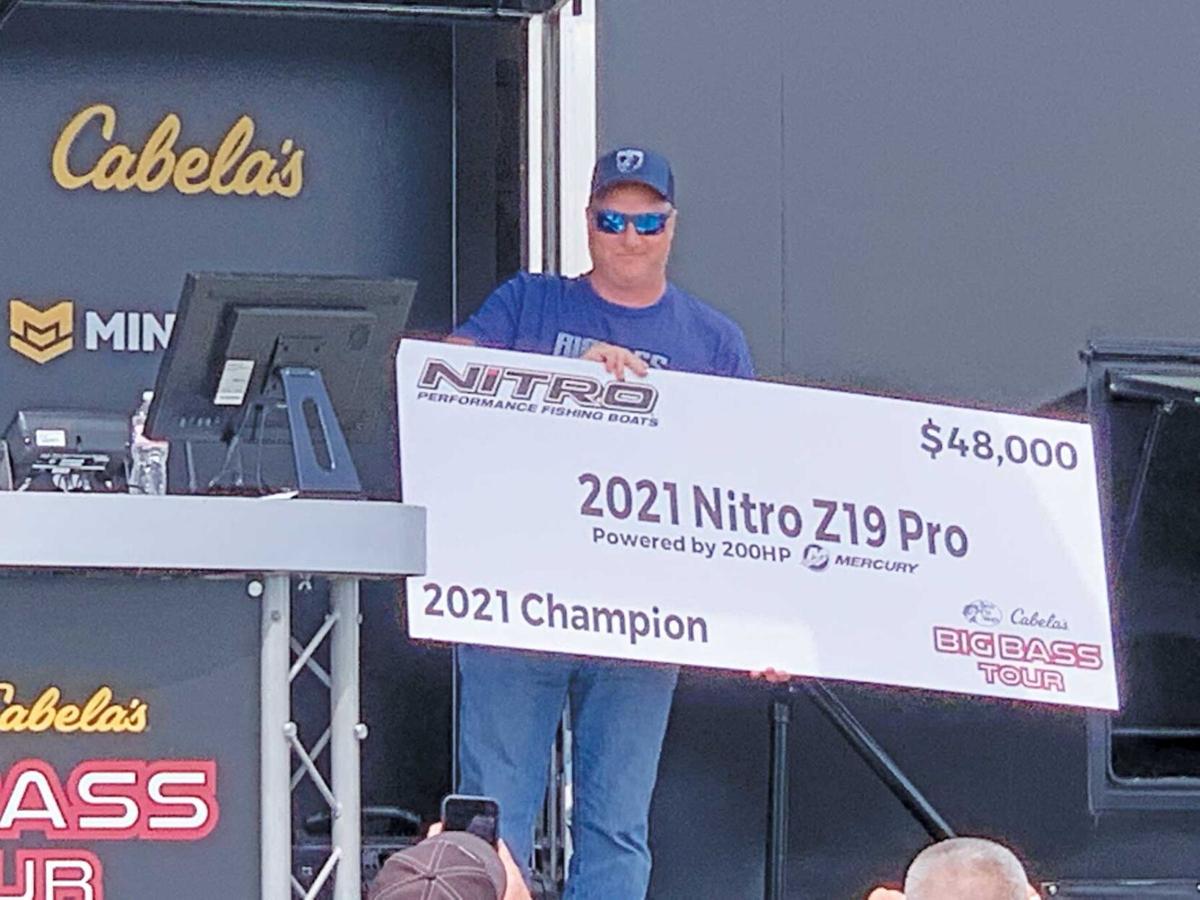 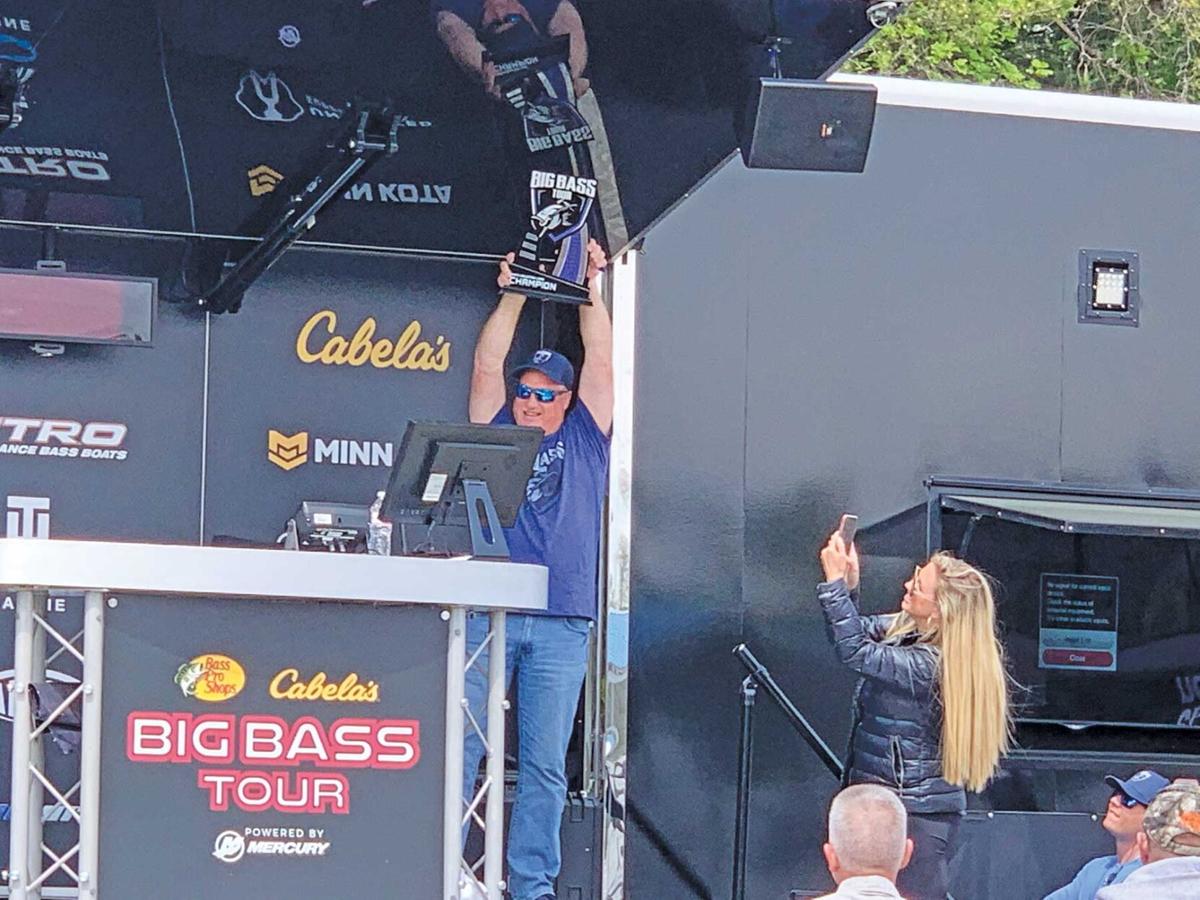 Pictured is Chris Markin celebrating with the Big Bass trophy.

Pictured is Chris Markin celebrating with the Big Bass trophy.

Chris Vaught was the second biggest catch of the tournament with 7.78, which he caught on Sunday from 10 a.m. to 11 a.m. Robert Hoyt finished third with 7.29, as he caught his during the final hours of Sunday between 1 p.m. and 2 p.m. Thomas Harden finished in fourth with a catch of 6.69, which he caught during the hours of noon and 1 p.m. on Saturday. Gregg Reed rounded out the top five with a catch of 6.61 pounds, which he snagged on Sunday from noon to 1 p.m.

According to thebasscast.com website, the Big Bass Tour will return to SML in October.